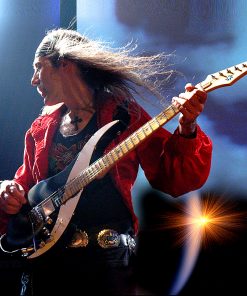 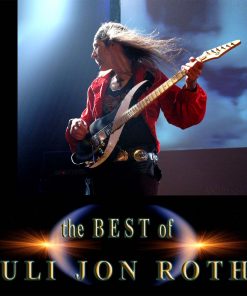 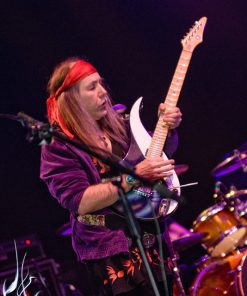 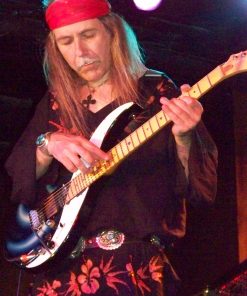 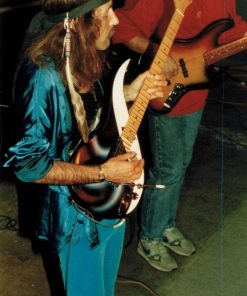 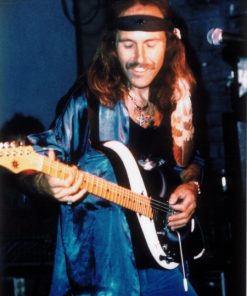 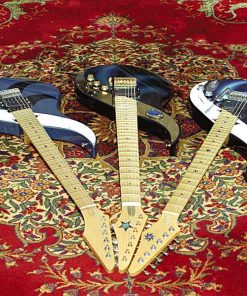 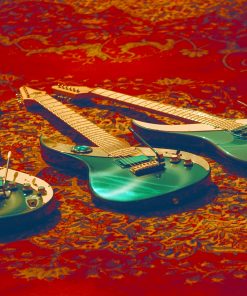 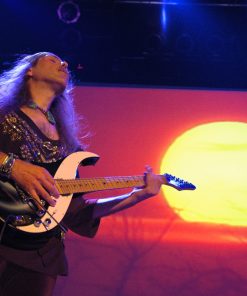 The Emperor Sky was built in 1987. It featured several new changes with regard to its two predecessors, the Dolphin and the Purple Sky.

While the Dolphin featured semitone frets all the way to the top, and the Purple Sky was a fretless guitar in the very top-range – the Emperor provided the essential new blue-print for all the Sky Guitars that followed: the frets from the 27th position onward were actual whole-tone steps! While – admittedly a compromise of sorts, because it effectively meant certain notes were harder to obtain – at the same time this idea enabled easily playable and truly singing notes in the highest registers.

Furthermore – the entire neck was scalloped. At the same time, the access to the top-range was improved.  In visual terms, the Emperor Sky also brought an important change to the look and feel of the Sky Guitar; the stylized spiral galaxy became multilayered with soft edges as opposed to the harder edged look of the earliest two Sky Guitars. 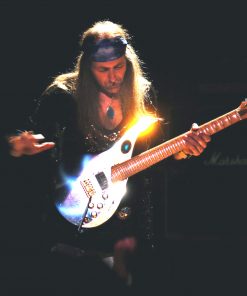 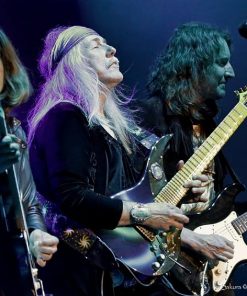 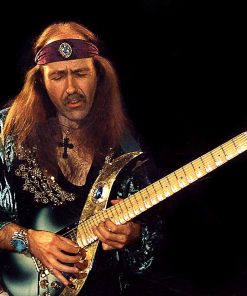 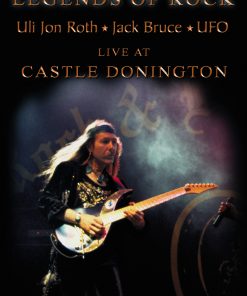 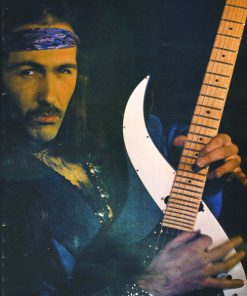 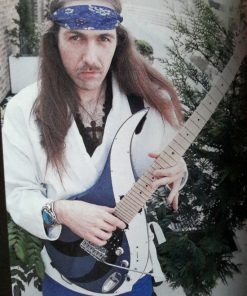 $28,000
By continuing to browse the site you are agreeing to our use of cookies.